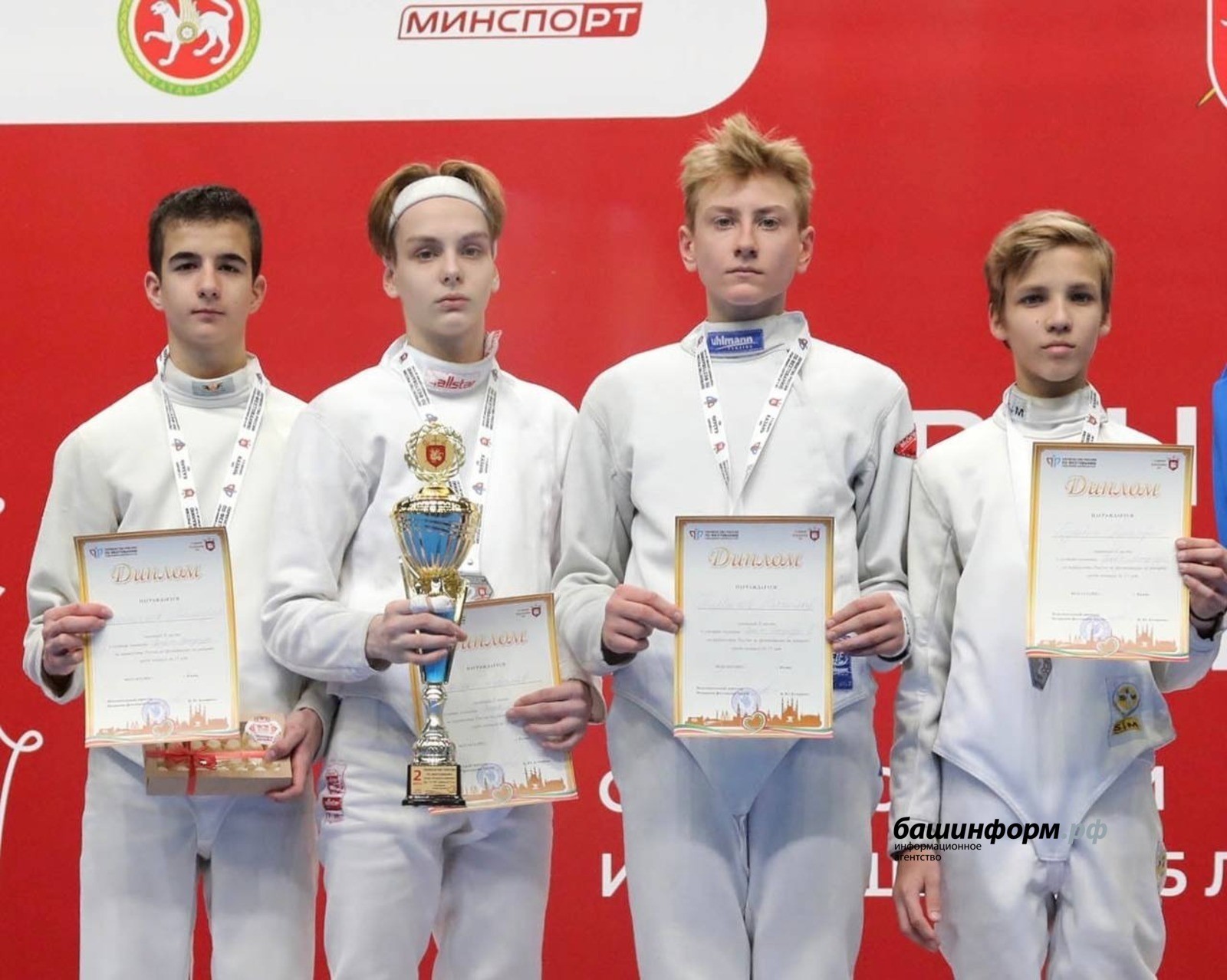 The Bashkiria foil fencer team won the children's championship of Russia in fencing among boys. According to the Ministry of Sports of the Republic, the Bashkir fencers won four gold medals.

For the second year in a row, Davlat Khairetdinov rose to the podium's top step. This year, together with him, Konstantin Gainilzyanov, Radmir Galyautdinov, and Suleiman Khamitov won gold medals. The team of young athletes outperformed rivals from St. Petersburg and Moscow.

Medals were presented to young athletes by the chairman of the board of judges of the Russian Fencing Federation, an international judge Rail Nagimov, the chief judge of the competition Andrey Bykov and the deputy head of the fencing development center of the Volga Federal District Ksenia Barmina.