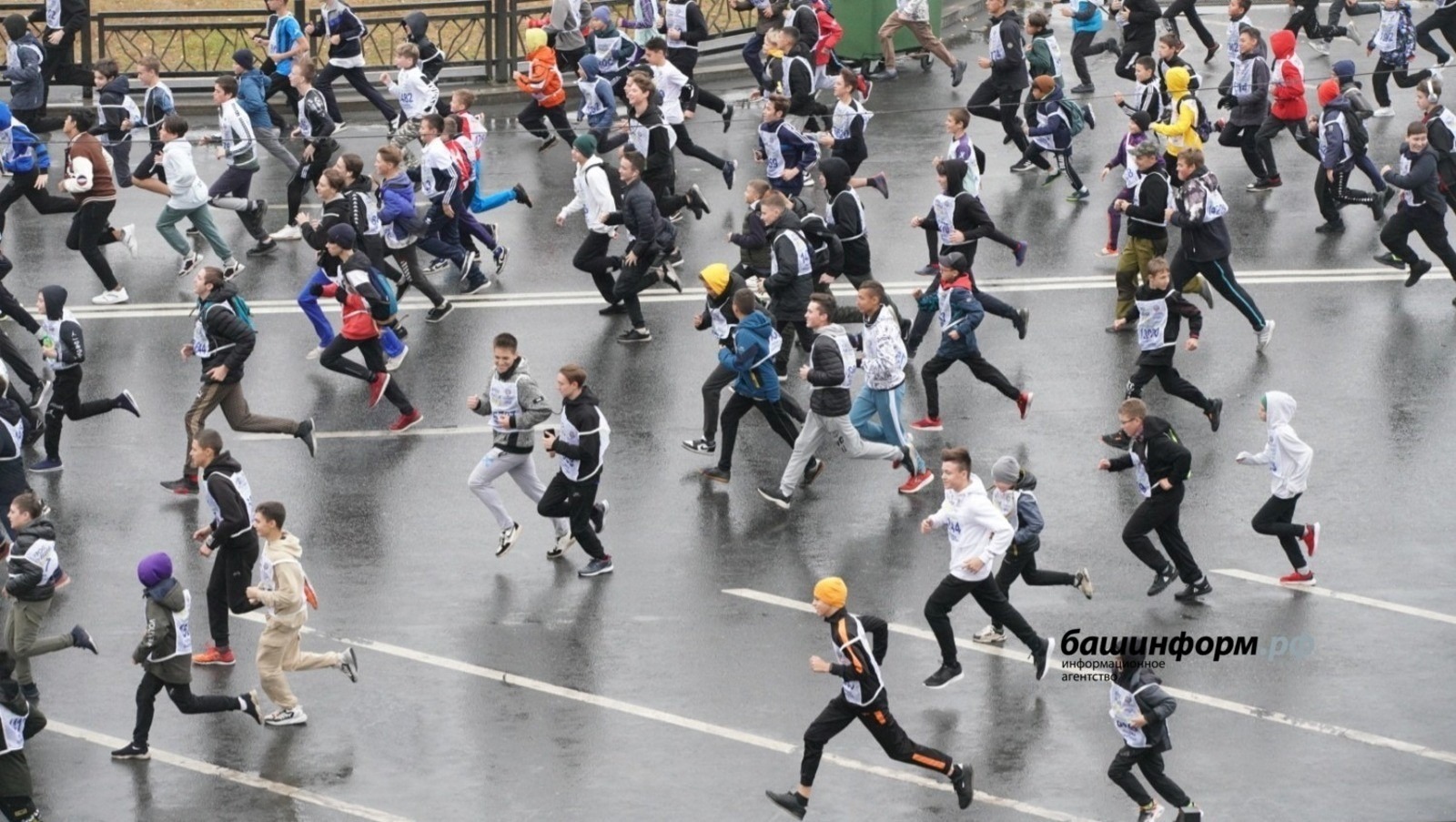 In Ufa, the traditional mass race "Cross of the Nation", which took place on September 17, was recognized as the most massive in the country. Egor Sorokin, head of the physical culture and sports department of the city administration, announced this at a briefing session in the Ufa administration. More than 5,000 runners came to the start of the Cross of the Nation, the Bashinform News Agency reported earlier.

The "Cross of the Nation" was held for the first time on the embankment of the Belaya River. Its distance was 2 km. Judging by the feedback from the participants of the race, they liked the new site, said Egor Sorokin. He added that the capital's embankment would continue to host sporting events.

“In the capital of Bashkortostan, more than five thousand schoolchildren, students of colleges and universities, representatives of labor collectives, as well as sports veterans came to the start line. In addition to the Ufa residents, guests from neighboring regions ran the race on the embankment of the Belaya River. Thus, one of the oldest participants was 75-year-old Mikhail Timerbaev, who came to the competition from Chelyabinsk Asha, ” Egor Sorokin said.

Egor Sorokin added that this week runners can take part in competitions at one more new site. This Saturday, September 24, the Ufa Cup among professional and amateur athletes will be held on the “Ufa Ozherelye” health path. The start will be given next to the education center No. 40 (Shafieva street, 1) at 1.00 pm.

“Besides, on October 2,  orienteering competitions will be held there starting at 11.00. We invite everyone to become participants in the “Ufa Ozherelye” festival,” Egor Sorokin said.