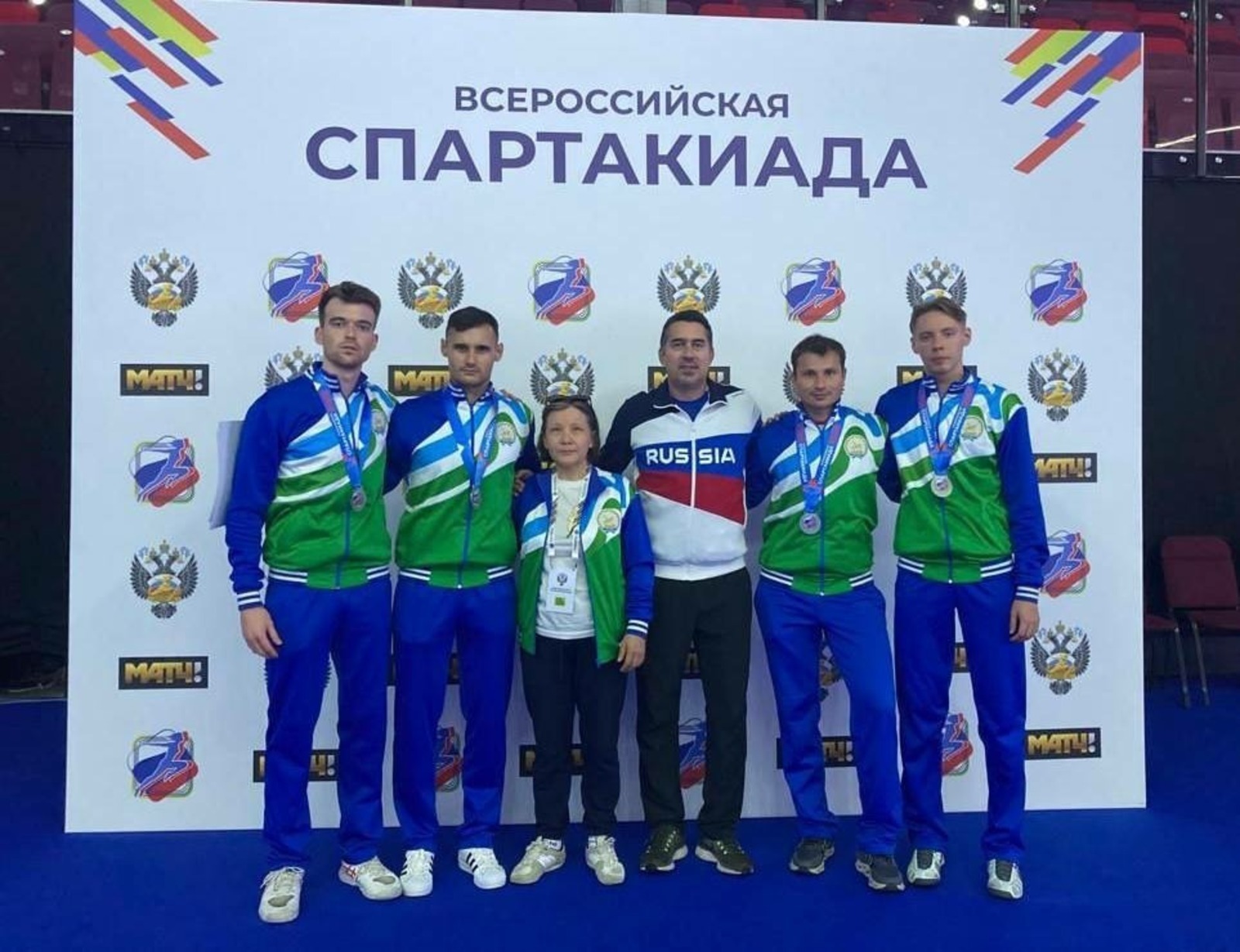 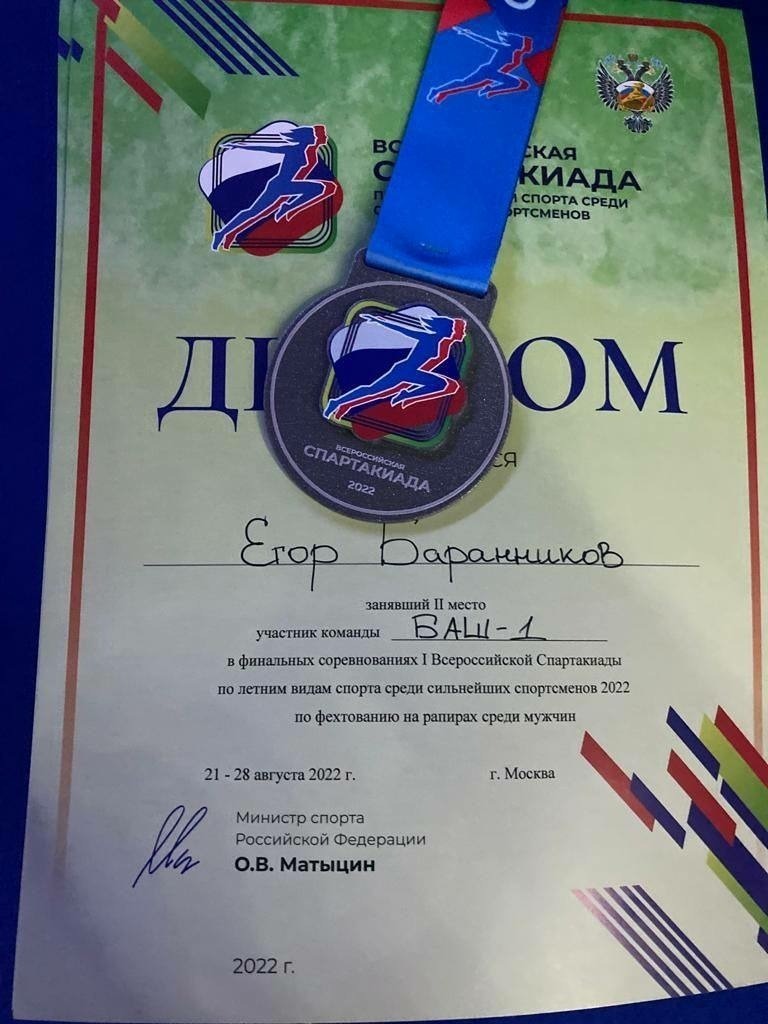 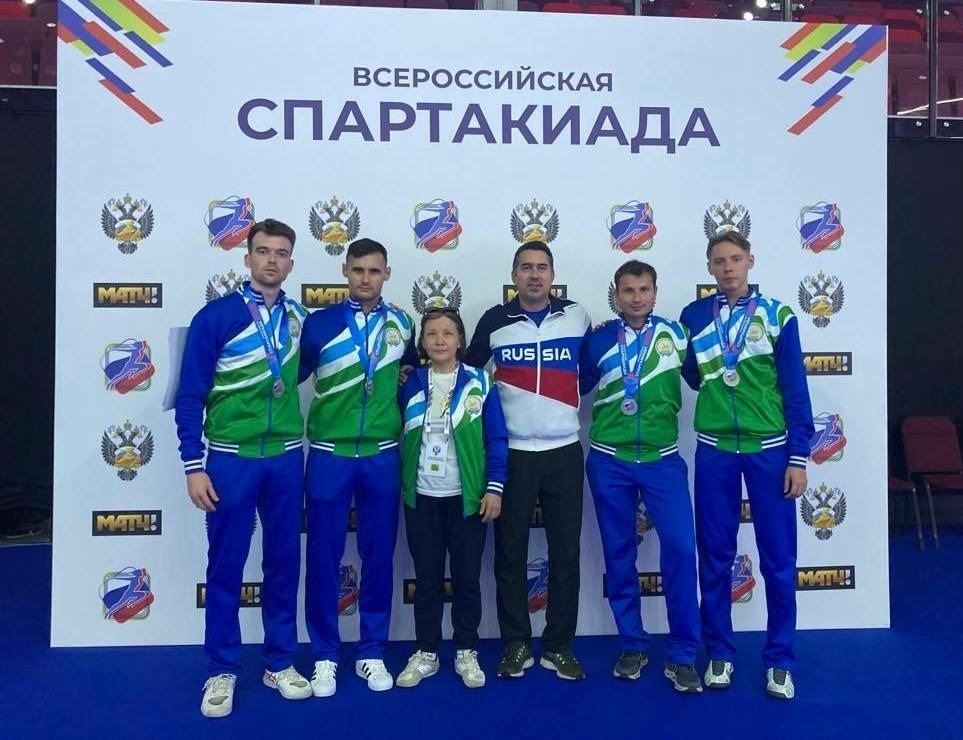 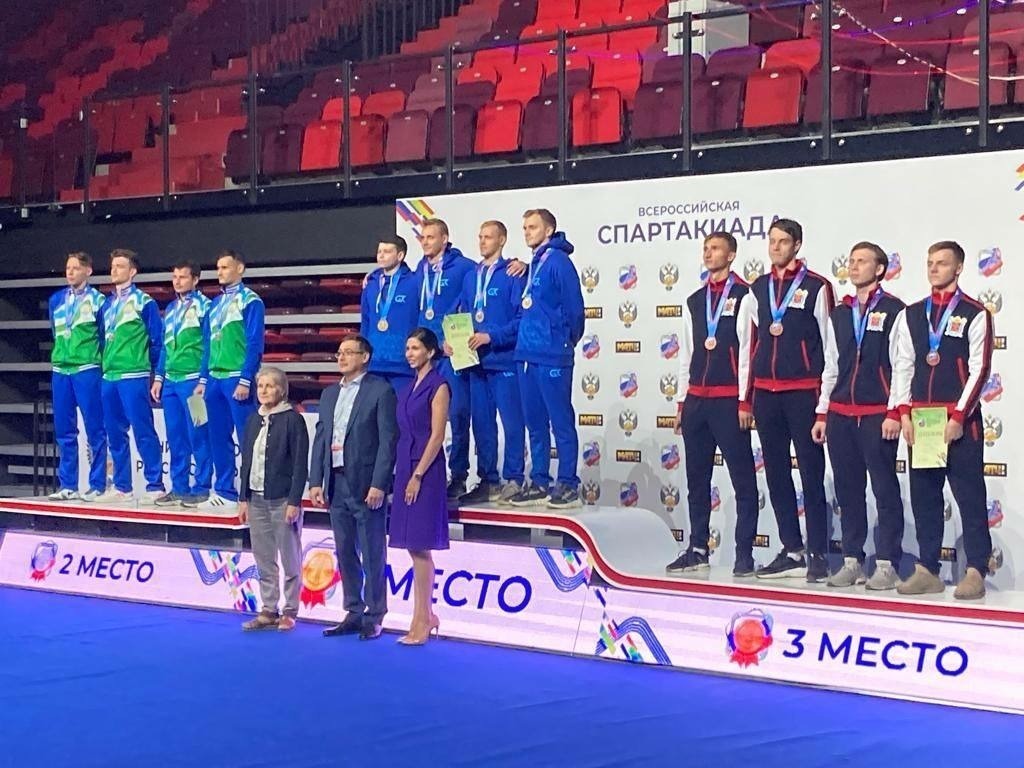 Foil fencers of Bashkiria won a silver medal in the team competition at the All-Russian Spartakiad in summer sports among the strongest athletes in 2022.

The Minister of Sports of Bashkiria Ruslan Khabibov congratulated the region's foil fencers on the honorable second place.

“Egor is our youngest athlete. He showed his best fencing on the team, and most importantly - stable. Over the last three starts, he proved that he can fence on an equal footing with the Russian national team! The guy is only 20 years old,” Ruslan Khabibov emphasized.

According to the results of the team competition, the first place in foil fencing went to the Samara region, silver to Bashkiria, and bronze - to the team of St. Petersburg.

The first All-Russian Spartakiad in summer sports in 2022 is held from August 10 to October 2 between the subjects of the Russian Federation among the strongest athletes. Competitions are held at sports facilities in 12 regions of Russia in 39 sports.