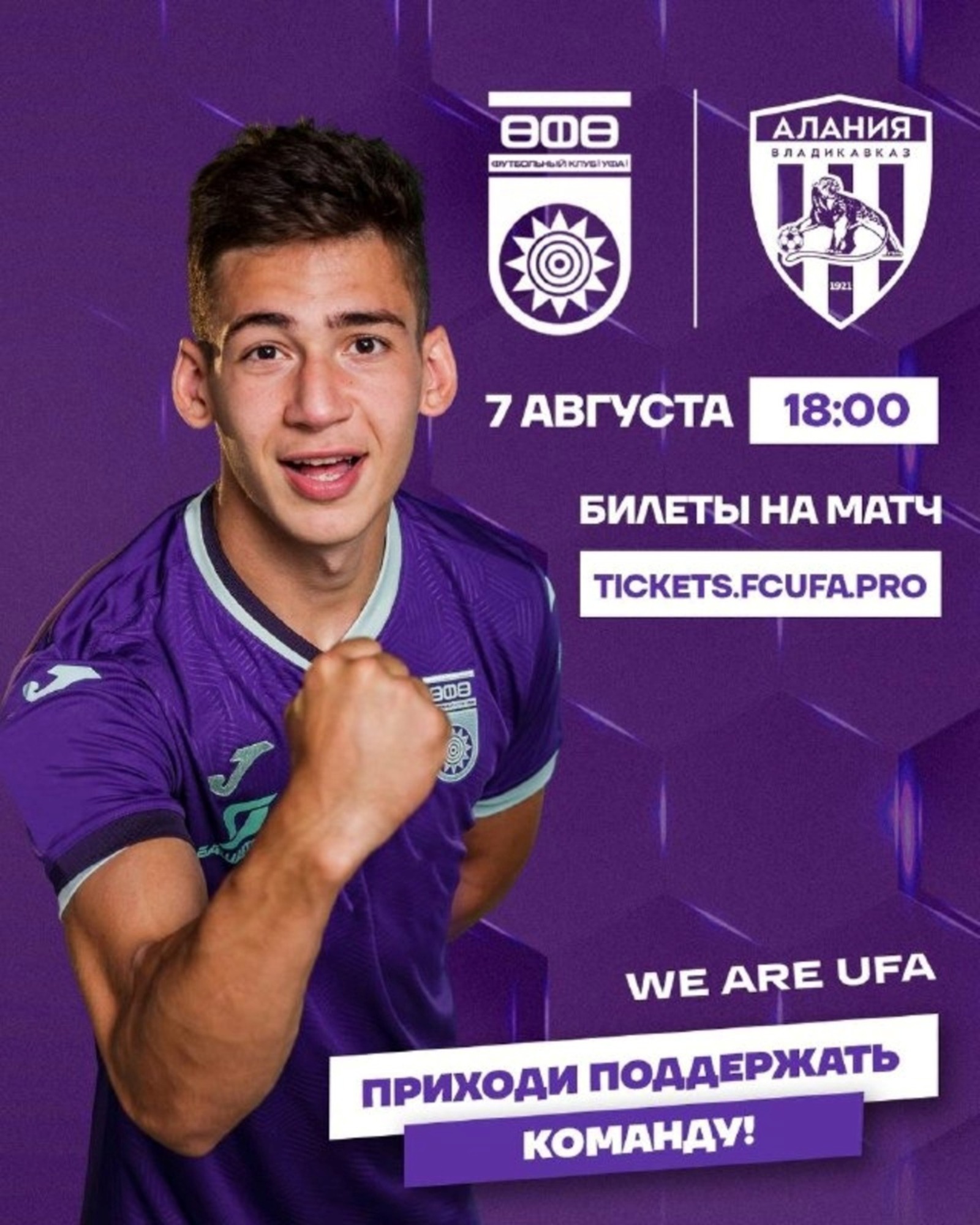 Next Sunday, August 7, the Ufa football club in the home match of the fourth round of the Melbet-First League will meet with "Alania" (Vladikavkaz). Artur Fedorov from Petrozavodsk has been appointed the chief referee of the game.

The meeting will take place in Ufa at the stadium "Neftyanik" at 6:00 pm local time.

The previous game of the Ufa team with Kazan Rubin ended in a draw - 0:0, the Bashinform News Agency reported.

“We always play to win. However, sometimes one tournament point is also a victory. In any case, we are moving forward,” said the head coach of FC Ufa Sergey Tomarov at the post-match press conference.