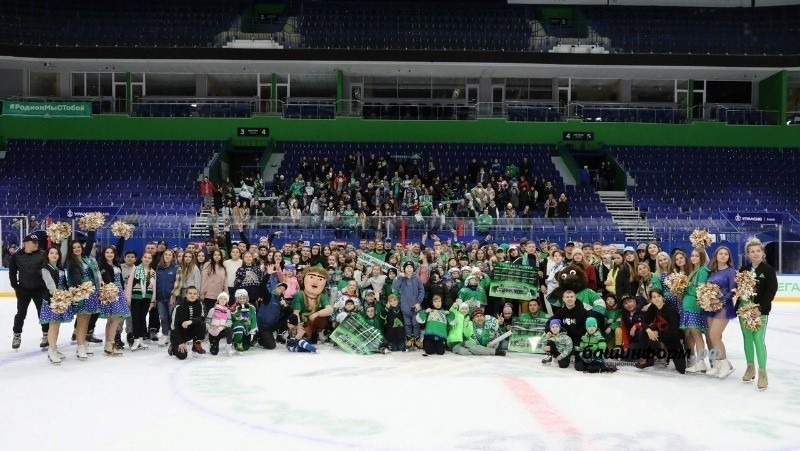 For the first time since the beginning of the pandemic, the players of the Salavat Yulaev hockey club were so close to their fans. The 2021/22 KHL season finished at the Ufa Arena. Everyone came to the ice of the sports complex, and the fans of the “green squad” had a master class in skating not from someone, but the main players of the Bashkir team.

Fans were able to talk and take pictures with the head coach Tomi Lamsa and his assistant Nikolay Tsulygin, the captain of Salavat Yulaev, and the young players of the club. The general director of Salavat, Rinat Bashirov, also met with the fans.

The event was warm and homey.