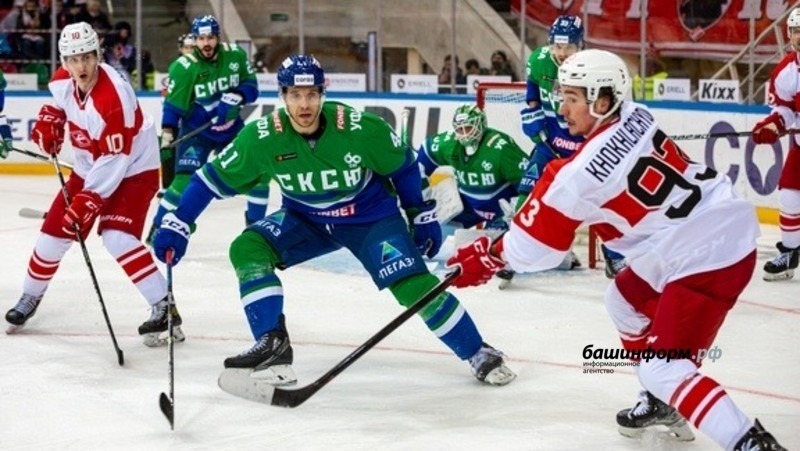 Spartak hosted the hockey club Salavat Yulaev in Moscow. Both rivals came out on the ice in retro outfits in honor of the 75th anniversary of Russian hockey. After the match, the players were satisfied with the format of the game and expressed their desire to hold more such tournaments.

During the whole match, Salavat Yulaev could not find a way to hit the goal of the red and white. There were practically no chances at the net of the hosts. The rivals left for the first break with a score of 1: 0. Lekhtera hit Sharychenkov's net.

In the second period, Hartikainen distinguished himself with a goal, who recently rarely indulges the audience with goals.

At the start of the third period, Ufa missed the counter-attack of Spartak but scored back after a couple of shifts. Rodion Amirov received a pass from Viktor Tikhonov and went to a rendezvous with the goalkeeper of the Muscovites - 2: 2. The defensive play allowed the hosts to transfer the match into overtime and then into a shootout. Everything was decided by one accurate shot - 3: 2 (B). Salavat Yulaev interrupts its winning streak and returns home, where on December 25, it will play a bear-fall match against Avtomobilist.