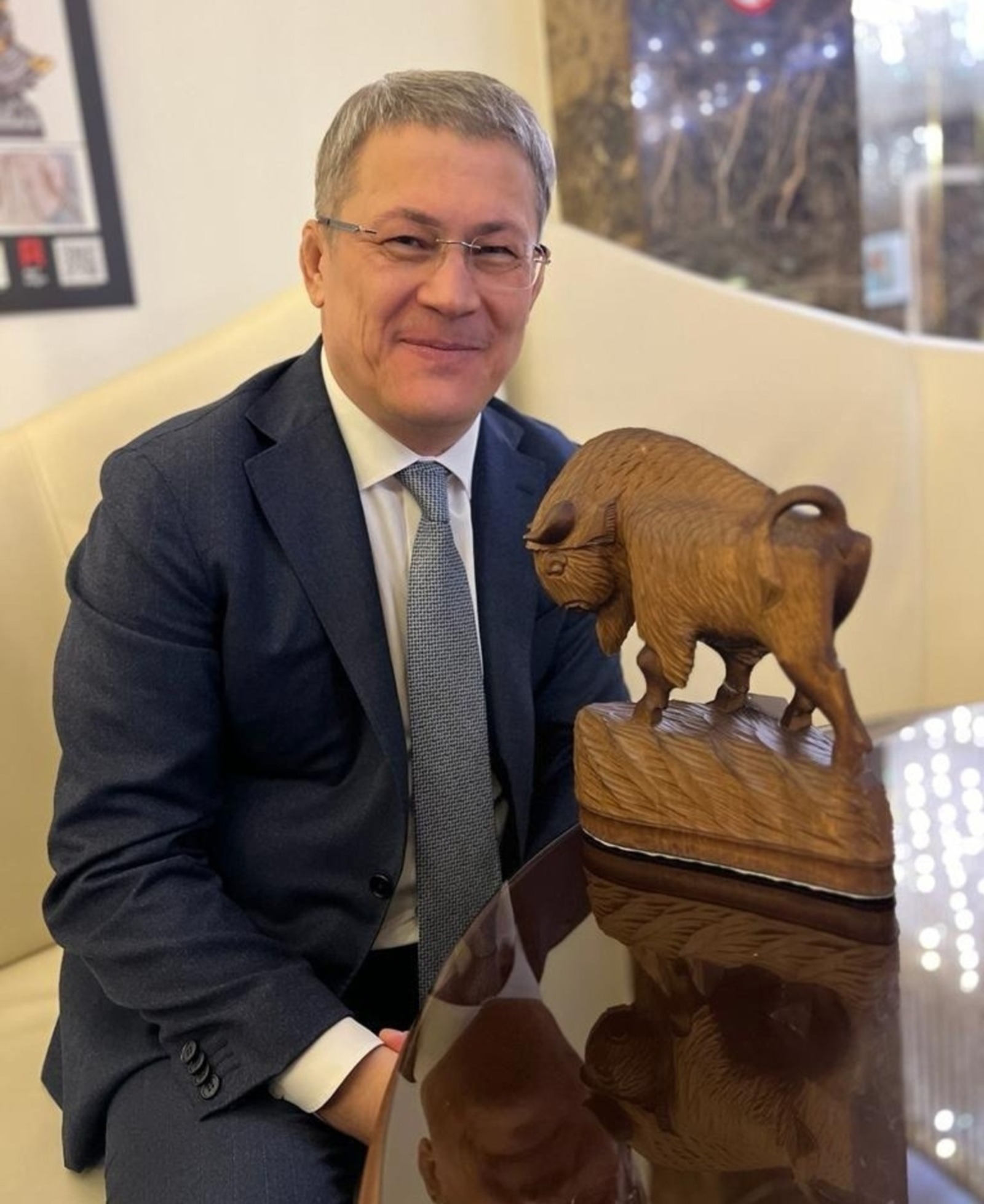 The Head of Bashkortostan, Radiy Khabirov, who is currently on an official visit to Belarus, announced the creation of a bison population in Bashkiria. He posted a photo with a souvenir wooden bison figurine on his social media.

“This photo has a certain meaning. Today, among numerous discussions of trade and economic cooperation with Belarus, we agreed, in my opinion, on an exciting Belarusian-Bashkir project - to create a population of bison in Bashkortostan”, the Head of the region posted.

“Our responsibility is to create conditions for them to adapt and live in Bashkiria. The floor is up to our scientists. I am sure it will be an exciting project”, the Head of the Republic said.

Earlier, Bashinform News Agency reported that the Head of Bashkiria, Radiy Khabirov, and the Chief of Staff of Belarus President, Yuri Nazarov, discussed the development of international cooperation, the implementation of joint projects in various sectors of the economy during a working meeting.