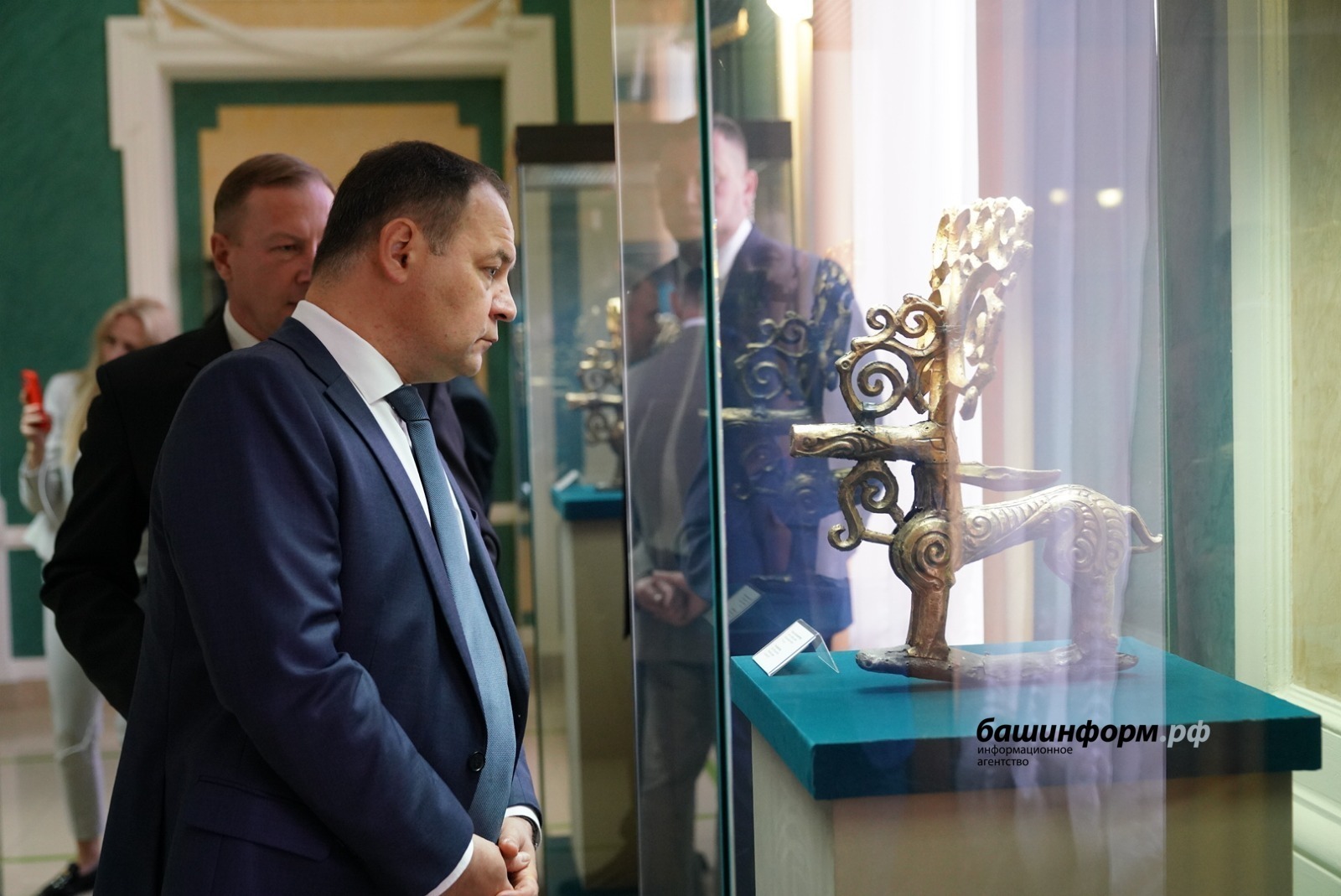 The Head of Bashkortostan Radiy Khabirov and the Prime Minister of Belarus Roman Golovchenko visited the Museum of Archeology and Ethnography of the Rail Kuzeev Institute of Ethnological Research. It houses a collection of Sarmatian gold - unique items of the 4th-5th centuries BC.

Director of the Institute Sergey Yemelin told the guests that in terms of its historical and cultural significance, Sarmatian gold is an invaluable asset and has no analogs in the world.

The collection, found in 1987-1988 by an expedition led by the famous Bashkir archaeologist Anatoly Pshenichnyuk in the Orenburg region, became a scientific sensation of world significance. It was repeatedly exhibited in Russia and abroad.

The Sarmatians are an ancient Iranian-speaking nomadic people who inhabited the steppes of Eastern Europe and the Urals. The nomads created their unique artistic style, called Scythian-Siberian. They depicted various animals and birds in a stylized form. These images adorned belt buckles, clothes, saddles and harnesses of horses, and weapons.

On the territory of the Orenburg region near the village of Filippovka, a group of Bashkir archaeologists led by Anatoly Pshenichnyuk was excavating an ancient burial complex of 29 barrows. In total, about a thousand different items were found in its bowels, including gold items with a total weight of 15 kg. The discovery was recognized as a scientific sensation of world significance.