Russian Minister of Agriculture Dmitry Patrushev is in Bashkortostan on a working visit. Today he and the Head of the Republic Radiy Khabirov visited the Republic Management Center. 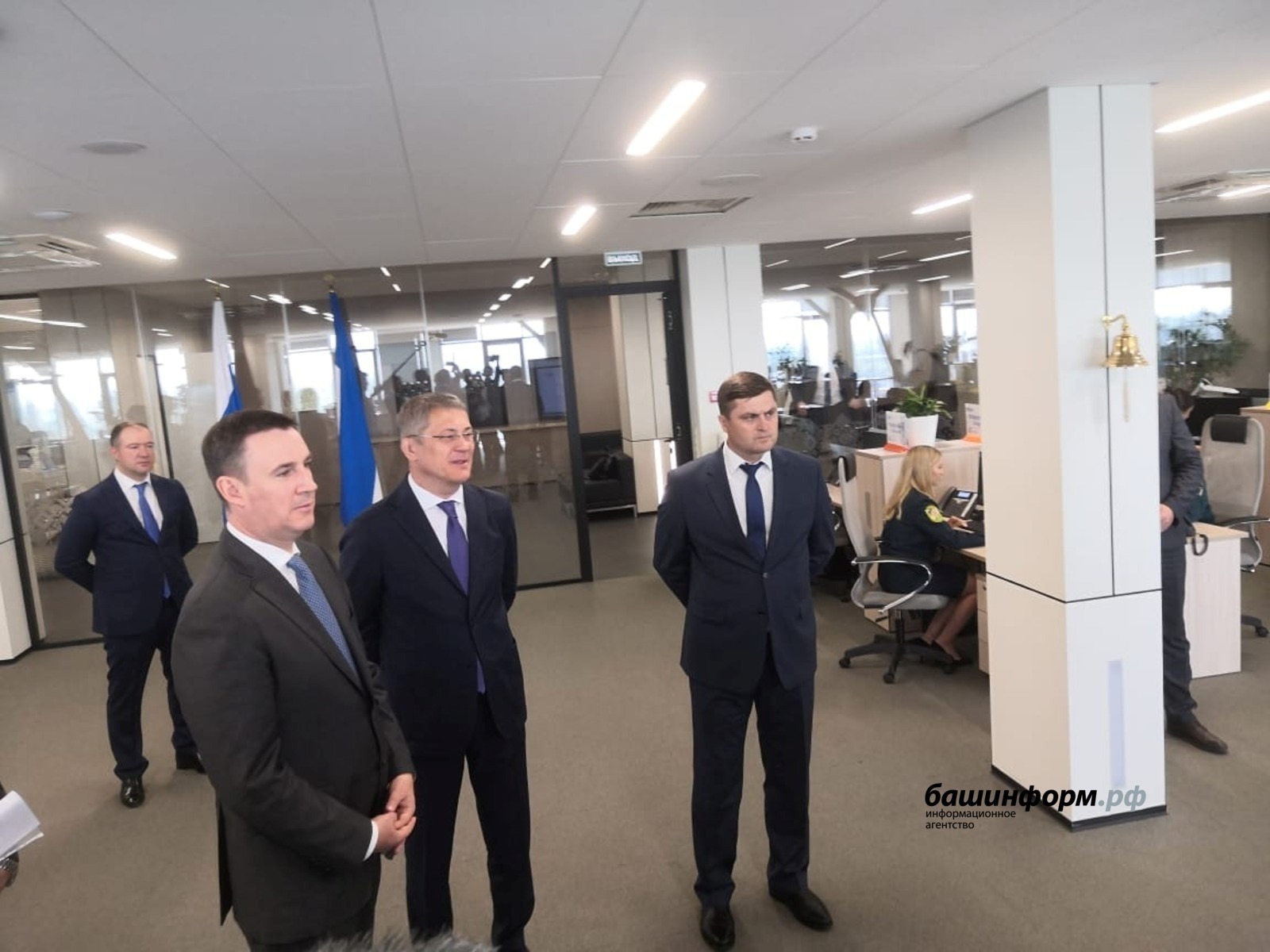 On August 5, in Ufa, the Head of the region Radiy Khabirov, and the Minister of Agriculture of Russia Dmitry Patrushev, who is in Bashkortostan on a working trip, visited the Republic Management Center.

The core of the Center is a block that works with residents' feedback. Elena Prochakovskaya, head of the Social Communications Department of the Head RB, spoke about its work. In particular, she noted that one of the key Center indicators was the time during which residents receive a response to their requests. The first steps to solve the problem are taken within two hours. The Center makes it possible for any resident of the republic to apply almost directly to the leadership of the region through social media, and for leaders to see in real-time how the issues are being resolved.

The work with feedback in the Republic Management Center is built through information systems - "Incident Management", which monitors comments on social media, and the feedback platform "Gosuslugi. Let's decide together." They are among the 12 information systems that the Center of Bashkortostan works with. They are combined into 60 analytical panels. A few more are in the process of modernization. Most of them were developed by the regional ministry of digital development together with the relevant departments of Bashkortostan. Radiy Khabirov stressed that great attention was paid to the work with residents' requests in the republic. That is why an effective infrastructure has been built in Bashkortostan that allows analyzing feedback and making management decisions based on it.

Unlike the federal model, which is focused exclusively on working with residents' requests, Bashkortostan's Center is a full-fledged structure for managing the region. It is focused primarily on solving issues of socio-economic development and systemic problems that require an integrated approach.

Radiy Khabirov noted that the republic had introduced the practice of holding thematic sessions, at which systemic decisions are made, including the “Rural Hour” session.

Deputy Prime Minister - Minister of Agriculture RB Ilshat Fazrakhmanov said that through the information-analytical system of the agro-industrial complex of the republic one could see in real-time on dashboards, for example, how the harvesting campaign was going on in the republic. It also collects all information about the activities of farms and large agricultural enterprises and forms its database, which can be integrated into any information system. For example, starting next year, farmers can receive subsidies online by filling out the necessary documents. This will reduce their delivery to recipients to three days. Information in the system is updated daily at 1:00 pm.

The Federal Minister of Agriculture noted that he saw such a modern Center for the first time, although he had been in many regions of Russia. He compared it to a kind of flight control center.

“I think that our federal ministry will also be able to use your positive developments. In general, it is necessary to strive for the unification of systems. Good experience, I wish you good luck and I hope you will only move forward,” Dmitry Patrushev said.