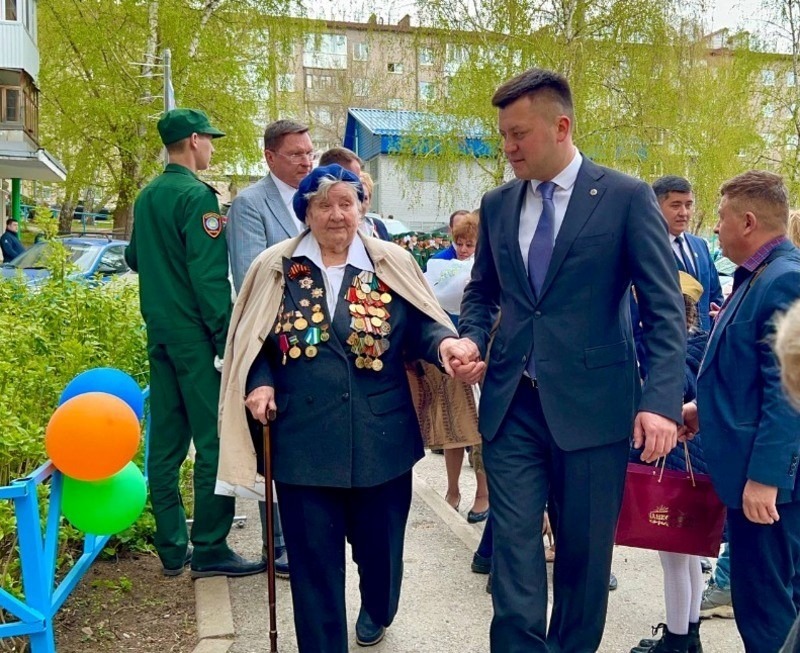 Ufa Mayor Ratmir Mavliev met with 96-year-old Ufa veteran Tamara Kazakova. A personal concert and parade were held in the courtyard of her house. Ratmir Mavliev spoke about this on his social media.

Tamara Kazakova volunteered for the front in 1943. She graduated from an accelerated course at the aviation intelligence school and, with the rank of sergeant, served in the 1st Air Army as a ground cameraman. She participated in the battles near Smolensk, in Belarus, in Poland, Lithuania, East Prussia, including the battle of Königsberg (now Kaliningrad).

At present Tamara Dmitrievna runs the Front-line Friends club in the Soviet district of Ufa. On Victory Day, she will go to the parade in Moscow.