Comet Leonard will fly over Earth in December

Bashkiria residents will be able to observe it above the eastern horizon from December 6 to 12. 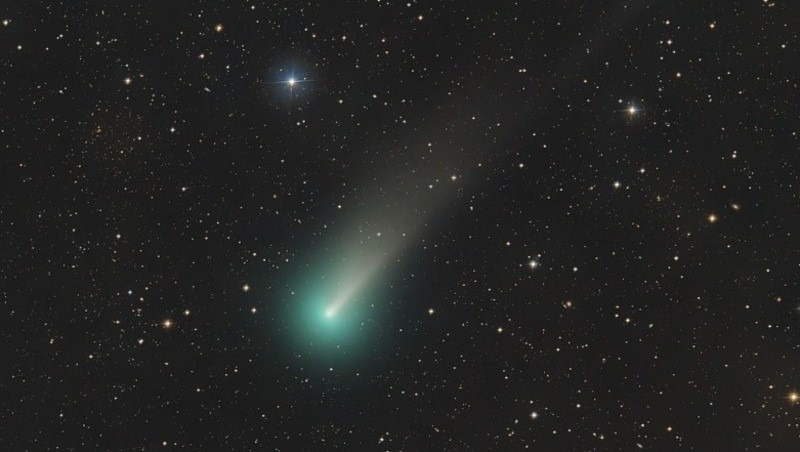 Comet Leonard will fly over the Earth in December, promising to be the brightest comet of the year. According to the forecasts of the Ufa City Planetarium specialists, the comet should be bright enough to be seen with the naked eye. Moreover, of course, it will be available for observation through binoculars or a small telescope.

Comet Leonard (C/2021 A1 (Leonard)) was discovered quite recently. On January 3 of this year, for the first time, the existence of such a comet was announced by astronomer Greg Leonard, an employee of the Mount Lemmon Observatory in Arizona, USA. Now the comet is approaching the Sun at a speed of about 70 km per second. On January 3, 2022, it will pass perihelion, i.e., it will be at the minimum distance from the Sun.

On December 12, Comet Leonard will pass at the closest distance from Earth, 35 million km. In early December, it will move into the constellation Bootes, and around December 6 will be visible about 5 degrees north of Arcturus - the brightest star in the constellation Bootes. This star will be an excellent reference point for those looking to see the comet.

“In Ufa, on December 6, Arcturus will rise at half-past three in the night and about an hour and a half later, as soon as it rises higher above the horizon, you can start observing the comet. Arcturus will be the brightest star over the eastern horizon in the morning. The comet should look like a hazy speck. Dawn will begin at 8:40; that is, it is quite possible to carry out observations within four hours, and it is desirable to start it with a search for a comet through binoculars,” the planetarium informs.

As it approaches the Sun and Earth, the comet is supposed to become brighter. Passing the shortest distance from Earth on December 12, it is expected to reach its maximum brightness, and if so, it will be visible with the naked eye in the constellation Ophiuchus. From mid-December, the comet will become invisible to the inhabitants of the Northern Hemisphere.