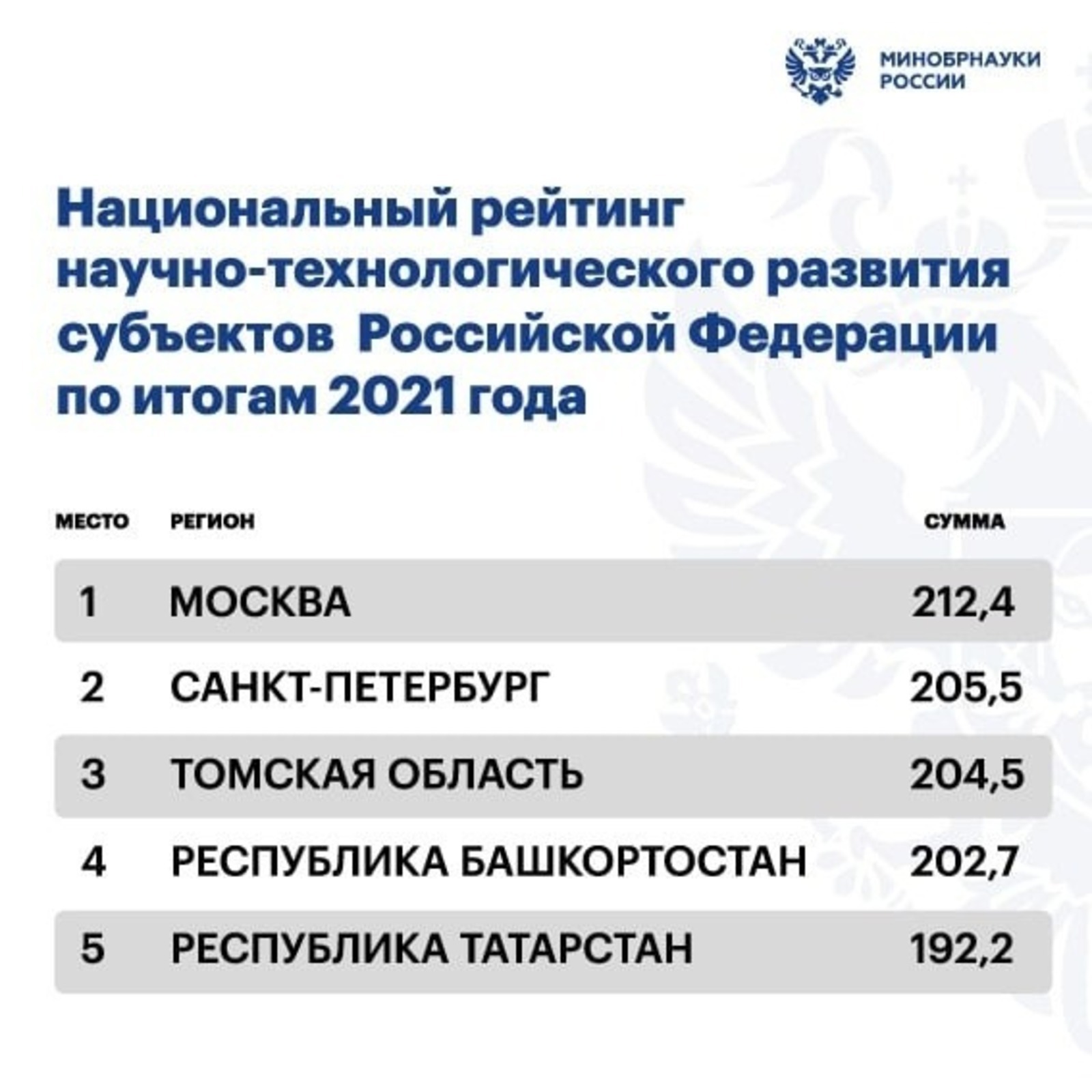 Bashkortostan hit 4th in the first National Rating of Scientific and Technological Development of Regions for 2021. The rating was formed on behalf of Russian President Vladimir Putin.

This is a very high achievement, the Head of the Bashkortostan, Radiy Khabirov noted on his page on social media.

“The driving force behind our success is the Eurasian National Education Center (NEC). The universities of Bashkortostan have become visible in the world, we are implementing major federal projects - we are starting to build a university campus, and a large Ufa University of Science and Technology has appeared in the republic. The youth laboratories of the NEC have been working for two years. In partnership with large industrial enterprises, an engineering school was launched. And our republican measures to support science were also noted by the rating experts,” Radiy Khabirov emphasized.

The number of researchers has increased, and investments in scientific developments of enterprises have increased in Bashkortostan.

“We began to transfer more technologies to industry. We have allocated 200 million rubles for internships and improving living conditions for young scientists and teachers. We did not forget about the social side of the issue," the Head of the region said.