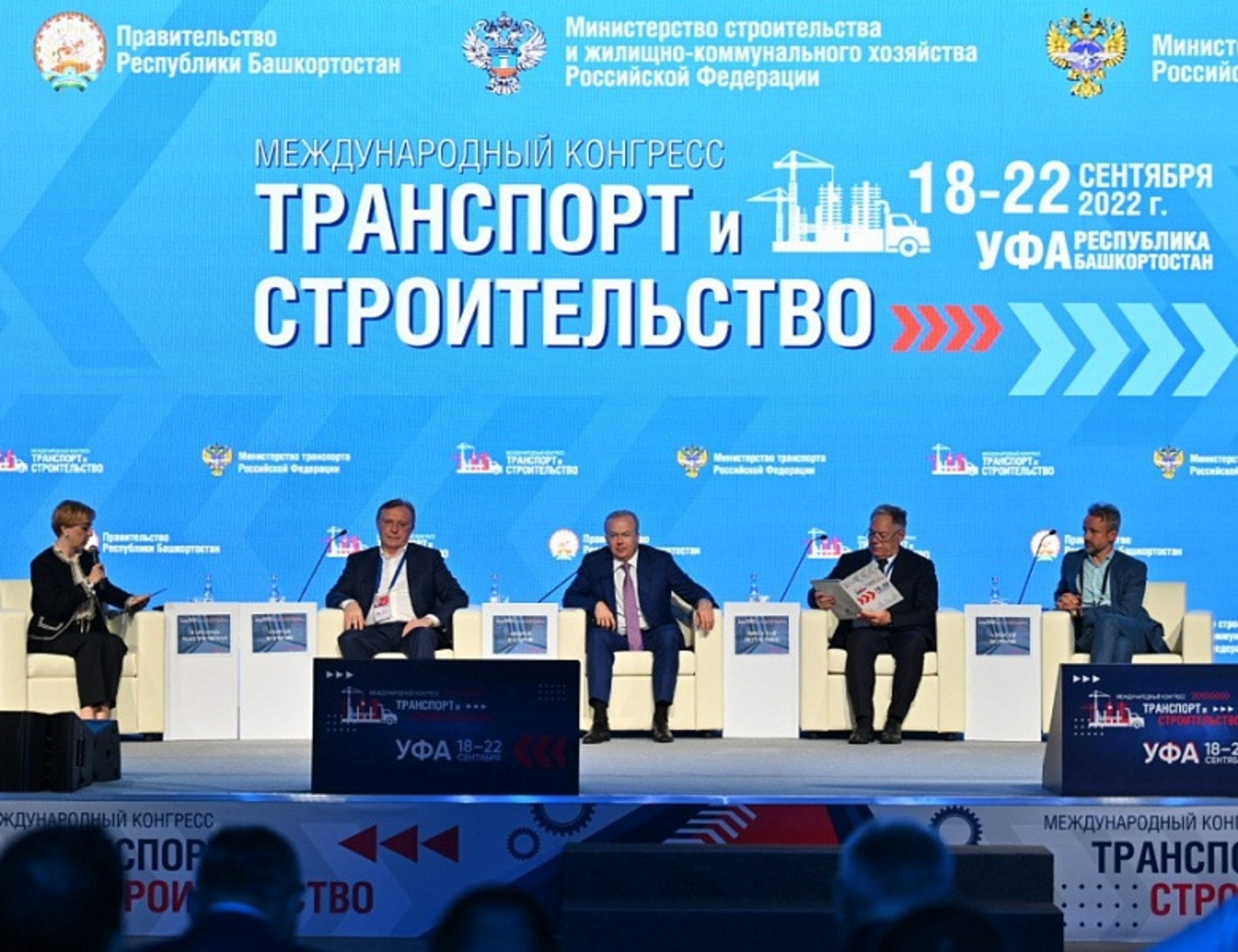 The Prime Minister of Bashkortostan took part in the plenary session of the I International Congress "Transport and Construction".

Solving construction and transport development issues is critically important for our republic, which is one of the largest regions of the European part of Russia in terms of area.

The center of the transport network of the republic is the Ufa transport hub, which is served by five radial railway lines, as well as federal highways: M-5 Ural, M-7 Volga, and R-240 Ufa-Orenburg.

In total, there is almost 50 thousand km of motor roads in Bashkortostan. The road network continues to grow and develop. Including at the expense of federal facilities and our large infrastructure projects.

An important direction is the implementation of transport reform in large cities of the republic. This includes both the development of the road network, the modernization of the transport fleet, and the introduction of innovative approaches. For example, we not only put into operation more than 1,000 new buses but also introduced the Alga unified transport card. Every third inhabitant of the region uses such cards. Together with the Transport Concession Company, we are considering a project to upgrade electric transport in Ufa and Sterlitamak.

As in many other sectors of the economy, the problem of import substitution is relevant for the transport complex. We started this work a long time ago, we are working on the localization of production together with the Belarusian Company Amkodor.

This year alone, we have allocated almost 1.5 billion rubles in the budget for the renewal of municipal and road construction equipment. We purchased 239 vehicles, of which more than half are of Belarusian production. Yesterday we discussed issues of expanding cooperation in this area. The estimated need until 2024 is 730 pieces of equipment worth about 7.5 billion rubles.

In the field of rail transport, we began to develop fast transportation by suburban rail transport. For example, the Southern Express was launched, which can be used to travel from Ufa to Orenburg.

If we talk about air transport, we have put into operation a new air terminal complex that meets international service standards. This increased the airport's capacity to 2,000 people per hour. Today, the Ufa airport accounts for about 30% of passenger air transport in the Volga Federal District.

Development of river transport. Cargo navigation along our rivers has increased annually (1.5 million tons in 2020, 2 million tons in 2021). An important factor was the fact that a few years ago Rosmorrechflot decided to gradually increase the guaranteed depth of the main river Agidel, which opens up a sea freight route from the republic to abroad. The next step should be the restoration of the Agidel cargo river port. The port will expand the export potential of Russian regions through the access of ships to the Baltic, Caspian, Azov, and Black Seas. Our Iranian partners show great interest in participating in this project.

We also focus on the development of river tourism, since the increase in the depth of the ship's passage allows the use of multi-deck motor ships.

A developed transport network creates conditions for the development of roadside services. Now we have about a thousand such objects. There are 88 major projects in the implementation phase with an investment of about 10 billion rubles. By 2024, we will double the total number of facilities.

Establishing a clear interaction between all modes of transport is especially important. We want to form an integrated transport network, including airports, ports, railway and bus stations, car parks, and bus stops. The use of Alga card and advanced Internet services to provide passengers with information about the route in real-time makes it possible to organize multimodal transportation - cost-effective and comfortable for citizens.

If we talk about construction, then several significant aspects stand out. Since 2020, we have implemented four packages of measures to support the regional economy worth more than 90 billion rubles. In April of this year, we adopted a Plan of Priority Measures to Ensure Sustainable Economic Development. It included more than 150 items worth over 54 billion rubles. About half of the amount will be channeled to support the construction industry.

In addition, the project “Ecosystem of the Housing and Mortgage Market” was initiated in the republic. We will become the first region in Russia to fully implement the so-called "mortgage menu". We also use federal financial instruments to support the construction industry. Thanks to this, we launched two large-scale projects - "Southern Gates of Ufa" and "Integrated Development of Neftekamsk", which will result in the commissioning of 6.5 million square meters of housing. The federal program "Stimulus" also helps, within the framework of which until 2024 it is planned to build twenty-one facilities worth almost 13 billion rubles.

New technologies are an important factor. In the republic, we are beginning to actively use BIM technologies throughout the entire life cycle of objects. In particular, the Department of Capital Construction of the Republic, together with the Askon-Ufa company, is piloting the Pilot-BIM system. Seventeen organizations have implemented Pilot LOTSMAN and Renga systems.

A kind of experiment in this area was the construction of anti-COVID hospitals in 2020. In a situation where the system was fully mobilized, and the deadlines for paperwork were reduced to the limit, it was possible to launch a full-fledged infectious diseases hospital in a record 55 days. The precedent made us think about a systematic solution to this issue. Today, the republic is one of the five regions that have implemented the state information system for ensuring urban planning, as a result of which the time for documentation approval on planning the territory is reduced by at least 30%.

This helps to reduce the duration of the construction and investment cycle. In addition, we are introducing services for investors - for obtaining land for rent, as well as in the area of ​​housing and communal services and transport. As a result, for example, from 150 to 40 days, the time for connecting to the power grid has been reduced. This is one of the best practices in Russia.

This will allow us to provide the residents of the republic with the most comfortable living conditions, which we see as the main task of the construction complex. These days, the tradition of holding a large-scale international congress dedicated to construction and transport is being laid. These are precisely the industries without which, it is impossible to overcome global geopolitical and economic challenges,” Prime Minister of the Bashkir government Andrey Nazarov said at the plenary meeting.