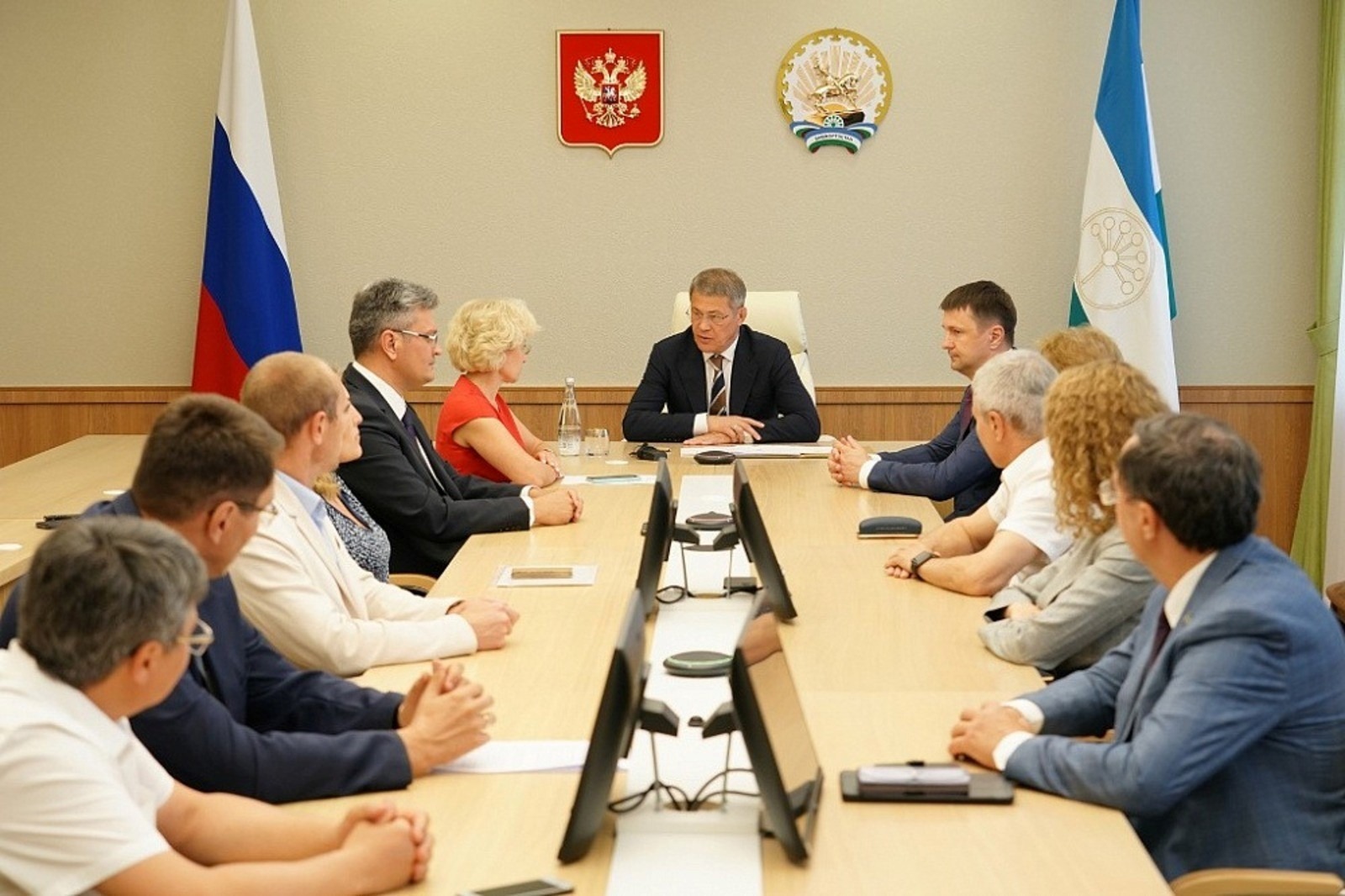 On July 13, in Ufa, the Head of Bashkortostan, Radiy Khabirov, met with members of the Central Election Commission of the republic. At the end of May 2022, due to the expiration of the term of office of the previous composition of the CEC, the State Assembly of the region formed a new composition of the commission for the next five years. It included 12 people.

On June 28, 2022, the Central Election Commission held the first organizational meeting, at which Ilona Makarenko was elected chairperson of the CEC of Bashkortostan. Marat Gadilov and Marina Dolmatova were elected to the positions of Deputy Chairman and Secretary of the Commission, respectively.

During the meeting with the Head of Bashkortostan, Ilona Makarenko noted that the Central Election Commission had begun its work and had already held three meetings in an updated composition.

The Head of Bashkortostan also outlined the key tasks of the CEC.

“You have new election campaigns ahead of you. In 2023, elections to the State Assembly - the Kurultay of the Republic will be held. Various political parties are represented in Bashkortostan. It is important to ensure equal opportunities for all candidates, as well as to create optimal conditions for the voting of voters,” Radiy Khabirov said. “Besides in 2024, elections for the President of the Russian Federation and the Head of Bashkortostan will take place. These are very serious events, for which we need to prepare now.