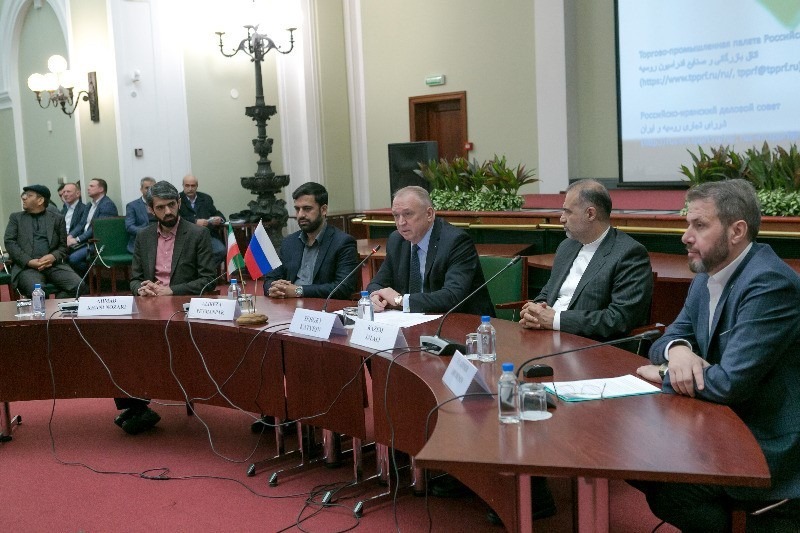 On April 6, in Moscow, a forum of business circles of Russia and Iran with subsequent negotiations in the b2b format was held at the Chamber of Commerce and Industry of the Russian Federation.

Deputy Prime Minister of the Government RB - Plenipotentiary Envoy of the Republic of Bashkortostan under the President of the Russian Federation Sergey Grekov, in a separate meeting, told representatives of the diplomatic and business circles of Iran about the possibilities of the republican economy and promising areas of cooperation.

“As part of the instruction of the Bashkortostan leadership on import substitution and the development of new directions for the export of republican products, we discussed partnerships in promising areas with representatives of Iranian business circles, agreed on the following meetings in the coming days. A visit of the Iranian Ambassador to Russia Kazem Jalali to the region, the participation of the Iranian delegation in exhibition “Gas. Oil. Technologies” in 2022 were discussed,” Sergey Grekov said.

“It is important to remember that Iran is a country of over 80 million people, one of the world leaders in natural gas reserves and proven reserves of crude oil. So, we definitely see mutually beneficial areas of cooperation here. One of the areas of growth is the organization of mutual settlements without which the further partnership of states will be difficult. Our negotiations with Iranian colleagues are ongoing, including on this part. In particular, one of the meetings took place with Mohammad Khazzar, CEO of the Iranian Mir Business Bank regarding the possibility of opening a branch of this financial institution in Bashkortostan. Now it’s represented in Moscow, Astrakhan and Kazan. At the same time, we do not forget the interests of republican enterprises in the oil and gas industry, agriculture, other sectors of industry and retail”, Sergey Grekov added.