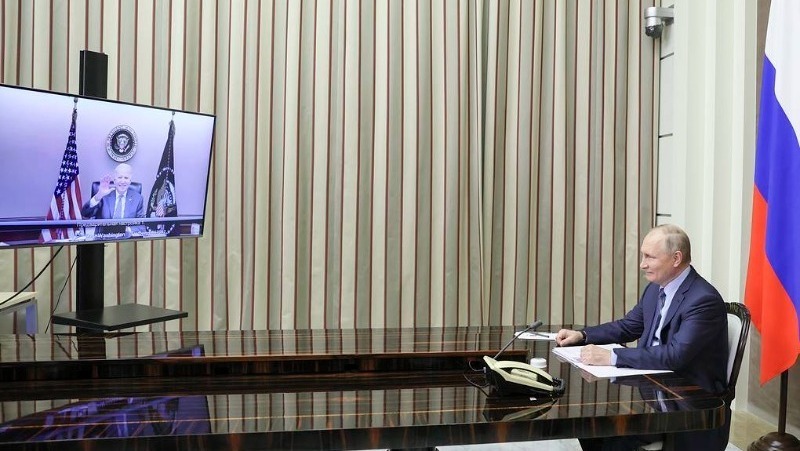 Russian and US Presidents Vladimir Putin and Joseph Biden held talks via videoconference on Tuesday. The conversation took place without the presence of journalists, TASS reports.

Putin contacted the US President from the Bocharov Ruchei residence in Sochi.

RIA Novosti reported that they discussed a wide range of issues, including tensions around Ukraine, NATO's eastward movement, and the Russian leader's initiative on security guarantees.

Dmitry Peskov, the spokesman for the Russian leader, said that the decision to hold talks between Putin and Biden indicated that the leaders were focused on discussing issues and did not intend to lead the case to a dead end.