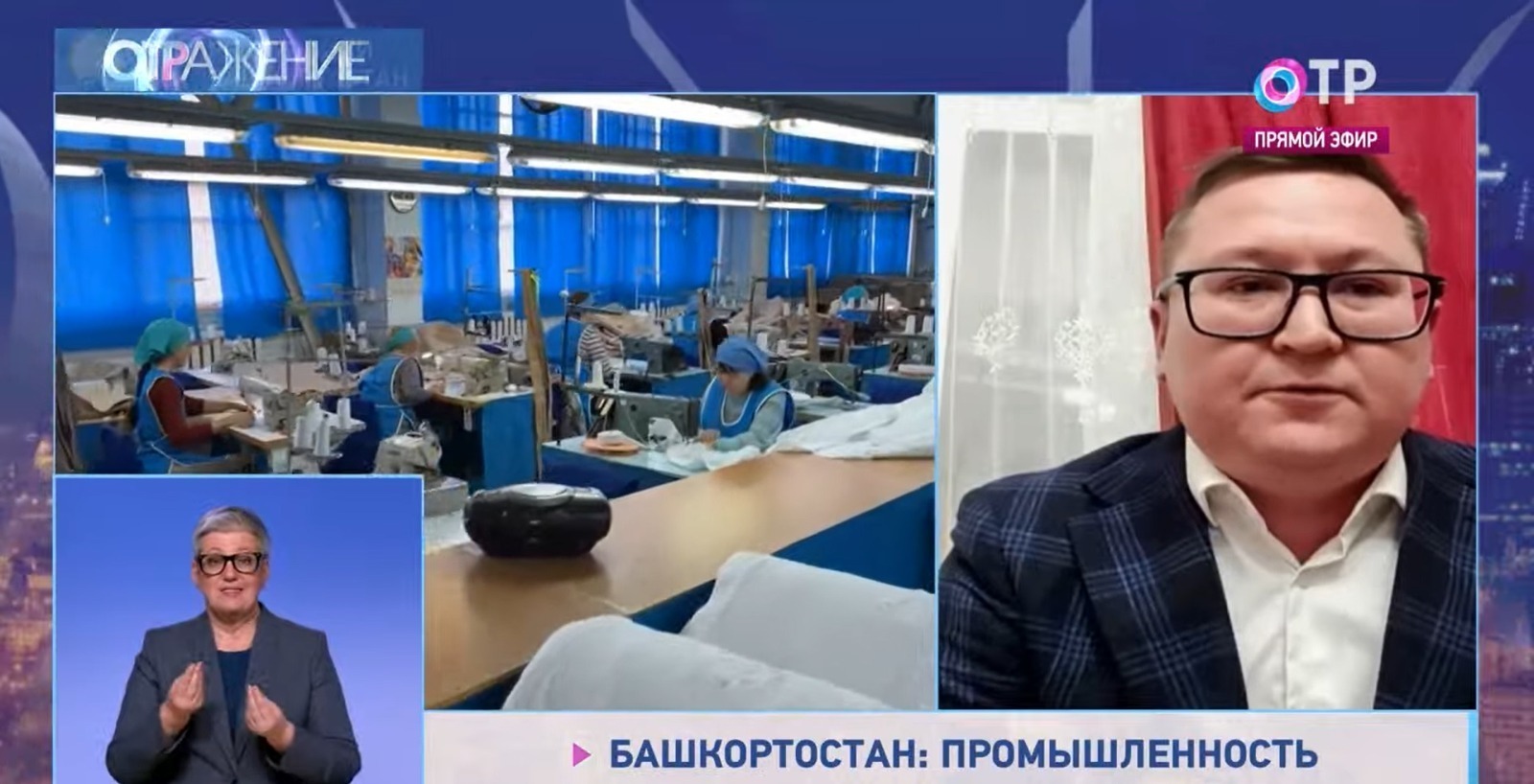 Azamat Yulgutlin, Deputy Director General of the Industry Development Fund RB, spoke about the priorities of industrial policy on the air of the federal TV channel OTR within the framework of the Day of the Republic of Bashkortostan.

In a conversation with the presenters, he noted that in the republic the Industrial Development Fund assisted with the tasks of import substitution providing concessional financing for investment projects.

“During our work, we have supported 110 projects. The volume of investments in the republic exceeded 41 billion rubles. First of all, funds were provided to enterprises at the expense of the Industry Development Fund. They are granted in the form of preferential loans,” Azamat Yulgutlin informed and added that the Fund helps manufacturing companies to receive funds from the Federal Industrial Development Fund. Investors receive support as part of co-financing from federal and regional funds. To date, more than 16.5 billion rubles have been attracted from the federal fund.

The Deputy Head of the IDF RB noted that at the suggestion of the Head of the region, Radiy Khabirov, an effective institution was created - the Institute of Business Sheriffs.

“The position of business sheriff has been introduced in each municipality. Business sheriffs on their territory interact with enterprises and entrepreneurs and help businesses resolve issues that arise during the implementation of business projects. We also actively cooperate with business sheriffs. Projects are discussed first at the level of municipalities, and those that require serious financial support are submitted to a meeting of the Investment Committee and considered with the participation of the Head of Bashkiria, Radiy Khabirov. A large number of projects received support at Investment Hour sessions. The Industry Development Fund supported and took part in more than 40 projects,” Azamat Yulgutlin spoke about the role of business sheriffs in the republic.

As the speaker noted, the difficulties in the implementation of the industrial policy were associated with sanctions. So, for example, some enterprises had problems with export.

Answering the question of the presenters about the situation in the petrochemical industry, the Deputy Head of the IDF RB noted that the Ufa enterprises specializing in the production of oil and gas equipment for production and processing are fully loaded. To date, four projects have been launched, they will allow bringing to the market equipment in 2023 that is not produced in Russia.

The IDF plans to receive federal support for the development of clusters in the republic.