Alexander Kalinin: Bashkiria is among top five regions in terms of investment attractiveness 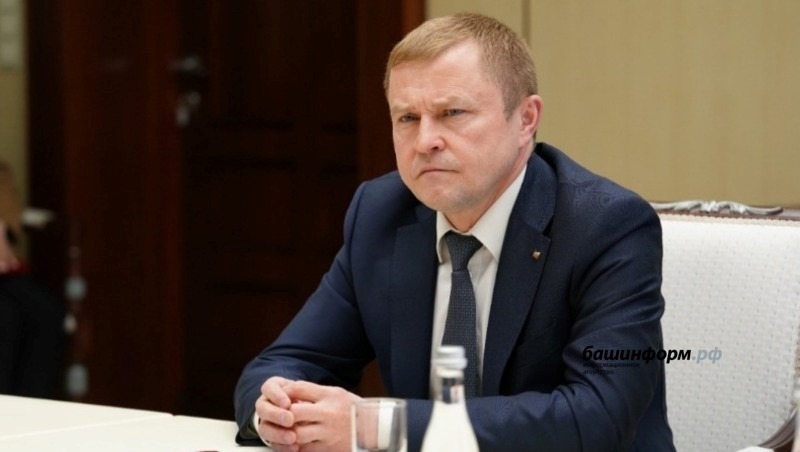 On May 12, the Head of Bashkortostan Radiy Khabirov held a regular Investment Hour session. It was attended by the President of the All-Russian public organization of small and medium-sized businesses "Opora Russia" Alexander Kalinin. At the thematic meeting, they considered new projects in industry and agriculture.

During the meeting, Shafoat Khabibrakhmanova, chairman of the farm cooperative, spoke about the plans for the construction of an irrigation system for farmland of the Alga agricultural enterprise (part of the Avilat agricultural complex) in the Buzdyaksky district.

By 2025, the investor intends to bring the total area of ​​irrigated land to 642 hectares. It is planned to allocate 578 million rubles for the construction of an irrigation system, as well as the purchase of agricultural machinery and equipment. 35 jobs will appear with the launch of the new complex.

Based on the results of the discussion, the Investment Committee RB assigned the project a priority status with the provision of tax benefits. The cooperative will also receive a subsidy under the federal program for the soil reclamation development and assistance in arranging the lease of new land plots to involve them in agricultural turnover.

Director of "Ural" LLC Nail Nurgaleev presented an investment initiative for the deep processing of bee products and the production of cosmetic and health products based on it.

The company has been operating since 2011 and supplies more than 120 types of natural honey cosmetics to the regions of Russia and abroad, including through marketplaces.

The total investment is tentatively estimated at 614 million rubles. The project received priority status with the provision of tax benefits as a support measure.

The enterprise is a resident of the "Kumertau" priority development area and produces tanks, oil production, and reservoir equipment for "Rosneft", "Gazprom" and other companies.

The investment project involves technological re-equipment and an increase in the level of automation to increase production volumes. The volume of investments in modernization is 223 million rubles.

The Investment Committee RB supported the presented initiative, giving the project priority status. The Industry Development Fund of Bashkortostan will also assist in obtaining a soft loan for the purchase of equipment.

Following the meeting, the president of Opora Russia, Alexander Kalinin, highly appreciated the effectiveness of holding thematic sessions in the Investment Hour format.

“Bashkortostan is rightfully included in the top five regions of Russia in terms of investment attractiveness. This is the result of painstaking work with the business community,” Alexander Kalinin said. This practice should definitely be adopted by other regions of the country.”