55% of agricultural products are provided by small farms in Bashkiria

The Ministry of Agriculture RB continues to develop a set of state support measures for villagers and farmers. 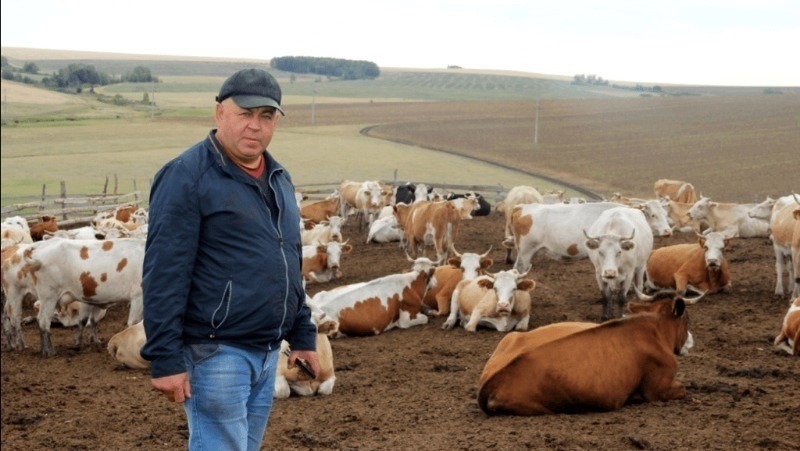 In Bashkiria, 40% of agricultural products come from personal subsidiary plots. Farmers produce another 15%. This was announced by the Prime Minister of the Republic's Government, Andrey Nazarov. "They make a significant contribution to providing the population with food products, promoting employment in rural areas, and stimulating the development of rural areas," the head of the Cabinet said.

According to Deputy Prime Minister - Minister of Agriculture Ilshat Fazrakhmanov, since 2012, farmers' share in agricultural production has grown 2.5 times and today exceeds 14%. By 2030, the indicator may grow up to 20% due to the formation of new farms from the number of large private households.

Today there are more than 7 thousand farms in the region. They mainly specialize in the production of crop products. Occupying 16% of the farmland, republican farmers produce up to 35% of grain, 19% - sugar beet, 78% - protected ground vegetables, 12% - milk, and 6% - meat.

The development of farm activities is facilitated by the successful combination of federal and regional government support programs. The Deputy Prime Minister noted that its total volume amounted to 2.271 billion rubles for 2019-2021.

The Ministry of Agriculture of Bashkiria has developed projects to amend the procedures for providing grants and subsidies from the republican budget to support small businesses. They assume support of the northeast and the Trans-Urals farms of the republic by awarding them additional points when evaluating Agrostartup projects.

In the procedure for providing grants for support, changes are envisaged to increase the maximum amount of annual income for assigning the category "small forms of business" - from 150 million rubles up to 200 million rubles.