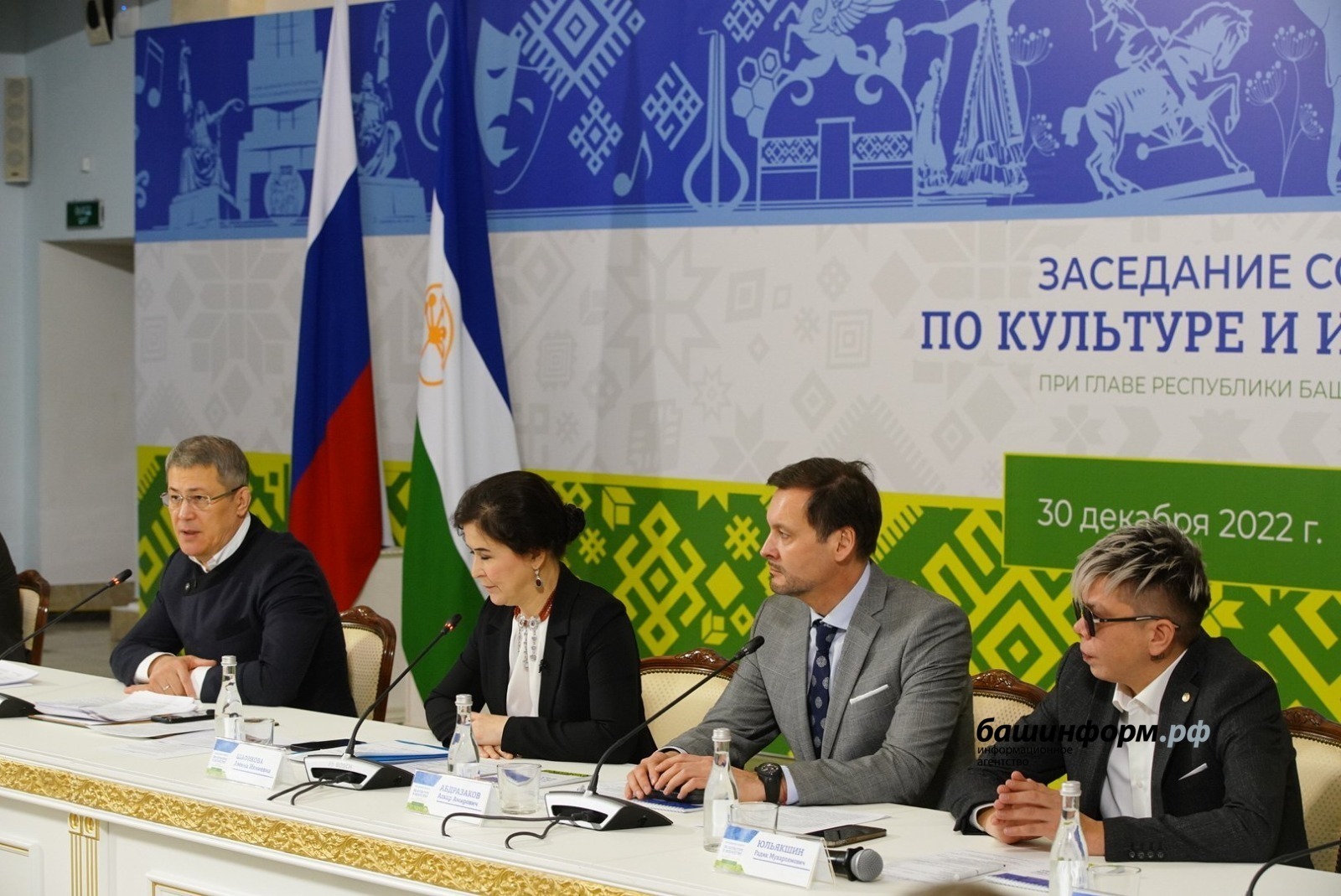 Major events in the cultural life of Bashkortostan were the premieres of the operas "Eugene Onegin" and "Sadko", and the performances "The Descendants of Salavat Will Not Retreat" and "Star of the Hero". Next year, the play “Red Pasha” premiere is expected.

“We will annually allocate 10 million rubles each to the Bashkir, Russian, and Tatar drama theaters for the creation of new large-scale productions,” said Radiy Khabirov at the first meeting of the Council under the Head of the Republic of Bashkortostan for the development of culture and art.

The head of the region noted that the long-awaited film premiere took place - the film "The Diary of a Poet", and we are looking forward to the premiere of the cartoon "Northern Cupids". Director of the Ufa animation studio Mukha Artur Abdrakhmanov said that at the end of January 2023, closed premiere screenings of the cartoon would be held in Ufa and Moscow.

“Most importantly, we were able to negotiate with one of the largest film distributors in Russia to distribute the cartoon “Northern Cupids,” said Artur Abdrakhmanov.

The Head of the Republic noted that for the first time, the All-Russian open song contest "Time of Heroes" was held in Bashkortostan. Now the best songs about the Motherland will be heard in Ufa on Sovetskaya Square near the monument to Hero of Russia Minigali Shaimuratov.