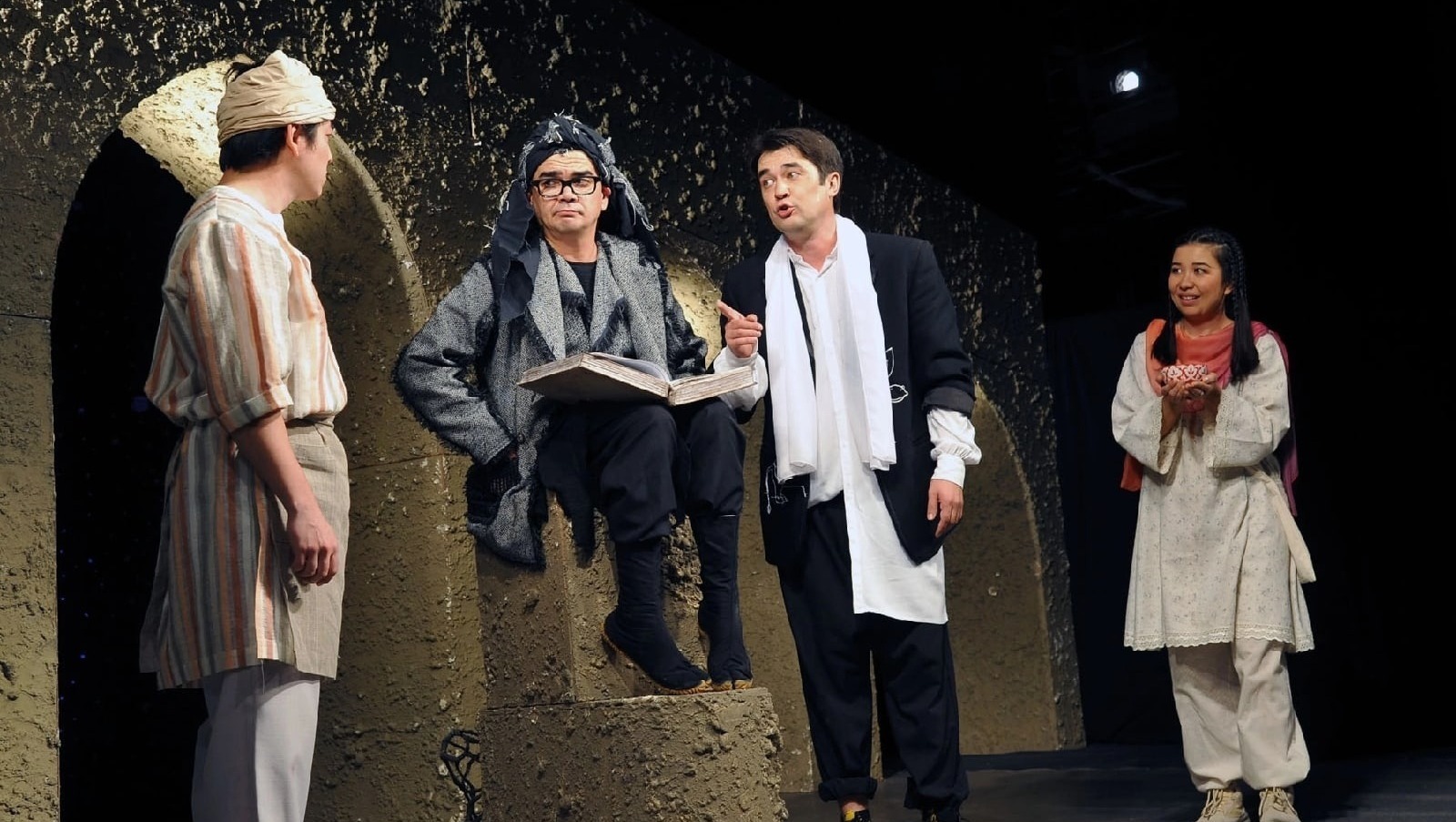 Mustai Karim National Youth Theater won almost all the awards of the theater festival "Modern Play for Children and Youth". The festival was held in Yoshkar-Ola from October 24 to 29.

The theater group from Bashkortostan presented to the jury the play "The Adventures of Khoja Nasreddin" staged by the Honored Art Worker RB Musalim Kulbaev and premiered in May 2022.

The National Youth Theater received awards in the following categories:

"Best Actor" - Ramzil Salmanov for the role of Khoja Nasreddin

"Best Episodic Eole" - Renat Fathiev for the role of Ushastik.

“Although we were not able to take part in the closing ceremony of the festival, the good news reached us very quickly. Our theater won 5 nominations.

We performed with great excitement, as we managed to stage the performance only once, in May of this year. While the large stage of the Youth Theater is closed for repairs, there is no way to present it to the audience of Ufa again. On the stage of the Mari Theater, they played only for the second time. Therefore, the actors were very enthusiastic. The audience liked our performance. The members of the jury highly appreciated the production,” the Cultural World of Bashkortostan portal quotes the Honored Artist RB Ramzil Salmanov.