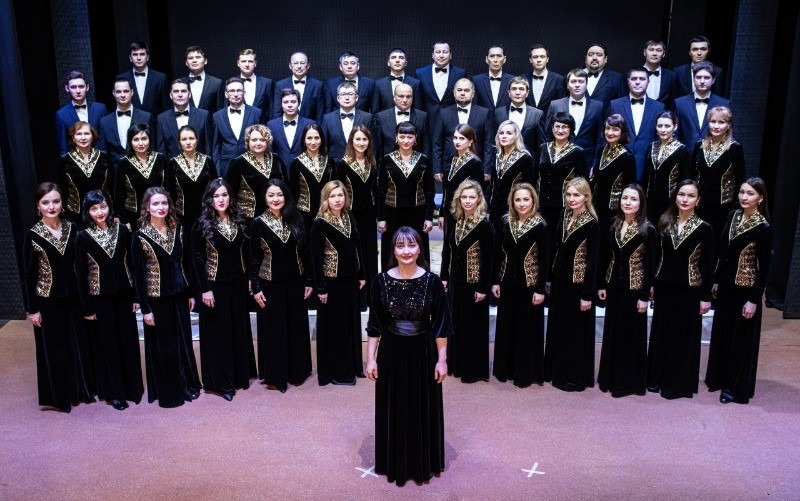 The Tagir Saifullin State Academic Choir of the Republic of Bashkortostan has become one of the few choirs in Russia honored to perform at the largest event in the cultural life of the country - the 21st Valery Gergiev Moscow Easter Festival.

These days - from May 5 to 8 - within the framework of the forum, the choir presents a series of concerts in Moscow and the Tver region. The final point of the performance will be participation on May 8 in the choral Gala concert of the Moscow Easter Festival in the most prestigious and famous hall in the country - the P.I. Tchaikovsky Concert Hall.

“On May 5, the festival began with the noblest mission for our team: we performed in front of a special audience - the wards of the Moscow Center for Support and Rehabilitation of Disabled Children “Dom Detei”. The organizers also invited residents from the nearby area. The audience did not expect to hear such a program!

On May 6, on the day of the 90th anniversary of the founder of the choir - Tagir Sergeevich Saifullin, we will perform in the Moscow Church of the Great Martyr Nikita in Staraya Basmannaya Sloboda. We will perform sacred music, secular compositions, works by domestic authors, and Bashkir music, including arrangements of folk songs,” the art director of the Tagir Saifullin Choir, Alsu Khasbiullina says.

On May 7, our team will perform at the Staritsky Holy Dormition Monastery, and on May 8, a choral gala concert will feature the national symbol of the republic -  kurai played by the Honored Artist of Bashkortostan Ilnur Khairullin. The compositions of Shamil Ibragimov’s "Dilya" and Raif Gabitov’s "Uraltau" will also give a special ethnic flavor to the event.