National Folk Orchestra was invited to five festivals in 2022 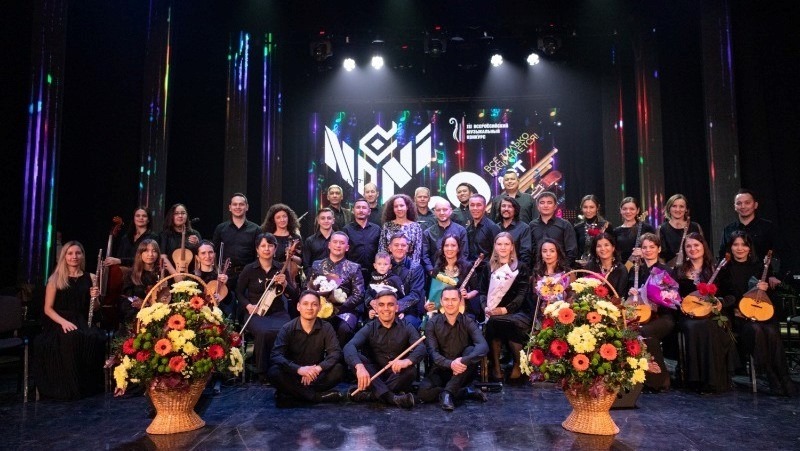 NONI is one of the leading creative teams of the republic, based at the Khusain Akhmetov Bashkir State Philharmonic.

2021 was a good year for the team. The National Orchestra of Folk Instruments (NONI) presented a concert program "NONI ETHNO" from the works of Bashkir composers at the First Ural Forum of Russian National Orchestras in Yekaterinburg. The unique Bashkir group celebrated its 20th anniversary as part of the III All-Russian musical competition in the specialty "Folk instruments", which was first organized in Ufa. Recently, the NONI chief conductor, Honored Artist of Bashkortostan Linar Davletbaev, became a laureate of the IV A. Yu. Bardin International Competition of Conductors of Russian Orchestras in Krasnoyarsk.

"In the coming year, we were invited to five festivals in Novosibirsk, Belgorod, Sochi, St. Petersburg, Moscow, and Yekaterinburg. Let's hope that it will be possible to visit them due to the republic's support. The most top orchestras of folk instruments will take part in these events - the organizers invite Kazakhs, Mongols, Tuvans, and, of course, the most leading metropolitan groups," Linar Davletbaev told Bashinform News Agency.

Also, according to the head of the group, in 2022, a tour program "We are Russia" is planned in the cities of the Ural-Volga region and the north of Russia, with final concerts in the capital.