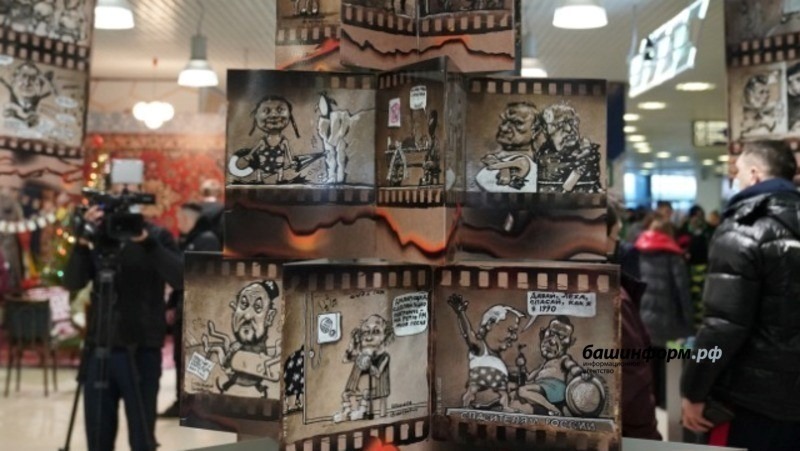 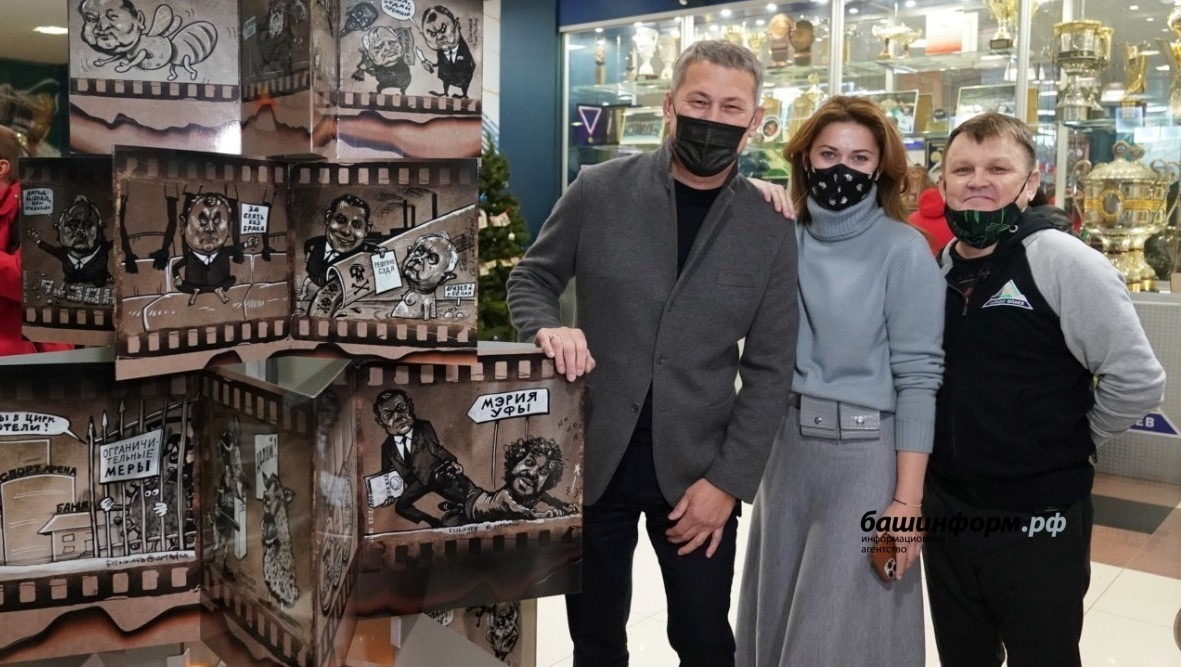 A personal exhibition of the famous Bashkir cartoonist Kamil Buzykaev opened in Ufa on December 25.

It is held at the "Ufa-Arena" universal sports complex for the first time.

The exhibition was organized jointly with the Salavat Yulaev ice hockey club and the Oblaka art gallery. The exposition was prepared in an unusual format - a New Year tree.

The works of the caricature master are dedicated to the most notable events that took place in the republic in 2021. Their heroes are politicians, cultural and sports figures, social activists, media personalities.

According to Kamil Buzykaev, one can see his drawings on the days of Salavat Yulaev's hockey matches.

The artist's exhibition was visited by hockey fans who came to the match of the Ufa club Salavat Yulaev against the Yekaterinburg Avtomobilist in the regular championship of the Kontinental Hockey League.

The Head of Bashkortostan, Radiy Khabirov, also was a guest of the exposition.